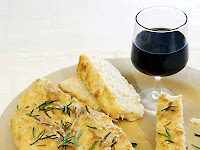 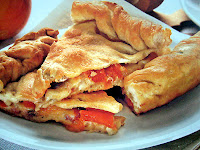 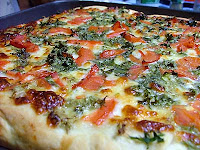 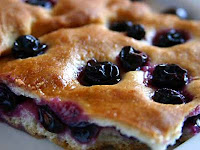 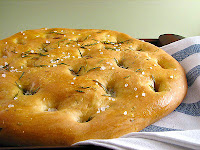 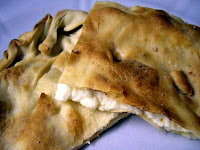 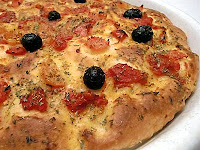 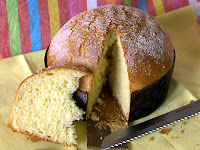 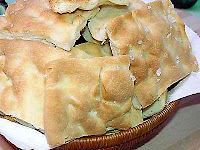 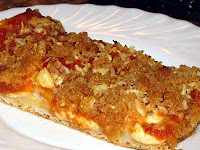 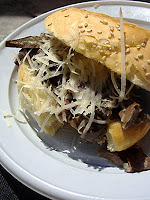 The history of Italian coffee... by Professor Peaberry

The history of coffee... a simple timeline of events? I think not! No, the journey of coffee, my friends is so much more. It's a swashbuckling adventure spanning a thousand years, filled with death-defying escapes, international intrigue and - oh yes! - torrid romance. From distant, tropical islands to the power centers of international trade, it has been banned, berated, hailed and championed, generating as much fear as enjoyment. This is not just a drink, this is magic, infusing itself into our psyche, stirring conflict and controversy. Read on, friends, and enjoy the bold, robust voyage that is coffee. (http://www.gocoffeego.com - Professor Peaberry)

An Ethiopian herdsman named Kaldi observed his goat, frolicking in quite a chipper mood near a bush. Subsequently the goat chewed on the red berries and let out an exuberant "Baaaaaaahhh!" The coffee berry is discovered!
Kaldi sampled the berries himself. A feeling of elation consumed him. He declared to his goat, "These berries are heaven sent." So excited, he and the goat ran to the nearest monastery, telling of their miraculous effect. "Baahhhhh!" "Baahhhhh!" The chief monk was not amused. "Are you possessed?"  He condemned the berries as the Devil's work and promptly threw them into the fire. "Evil!" But soon after, the smell of fresh roasted coffee filled the pious halls of the monastery, enticing the monks. 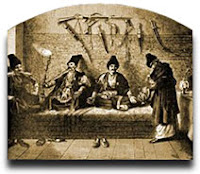 Ottoman Turks introduce coffee to the bustling power center of Constantinople. Those clever Turks add clove, cardamom, cinnamon and anise for a most spicy, energizing concoction. When in Istanbul, order this blast from the past that is still enjoyed to
this day.

• 1475
Coffee shops open in Constantinople around this same time, which many claim are the first. They become hotspots for lively discussions and political debates.

• 1570
Coffee arrives this year in Venice. This busy port city serviced the traders of the world where they exchanged their unique treasures. At first, this rare exotic find is made available only to the very wealthy, and was sometimes sold at premier lemonade stands for medicinal purposes.

In Venice, the Church notices the increasing popularity of coffee. The local clergy believe it to be satanic, a product of Ottoman infidels. So Pope Clement VIII decides to inspect the dark beverage himself. The aroma was so pleasant and inviting, the Pope succumbs to temptation and tried the "devil's concoction." After tasting it, he proclaims, "Why, this Satan's drink is so delicious that it would be a pity to let the Infidels have exclusive use of it. We shall fool Satan by baptizing it and making it a truly Christian beverage" and thank God he did! The wisdom of the Church triumphs again! Pass the donation plate; I'll throw in a buck. 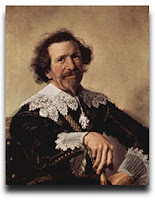 Successful cloth merchant and trader, Pieter Van Dan Broeck, was one of the first Dutchmen to taste coffee. Whilst in the service of the Dutch East India Company, he  visited Mocha in Yemen and drank "something hot and black." Since it was illegal to take a precious coffee plant or its fertile seeds / beans out of the Arab lands, Pieter set out to smuggle one back to the Netherlands.

• 1645
Seventy-five years after the beverage was first introduced in Venice, the first coffee house opens, catering to the travelers and trade between the Venetians and the Ottomans.

• 1658
The Dutch and the Dutch East India Company (a mega-corporation that sells stock and is empowered to fight wars) are on the move; they drive the Portuguese from Ceylon, (today known as Sri Lanka), securing it for the monopoly over cinnamon.

The Italian Francesco Procopio dei Coltelli opens the Café Procope in Paris,known as the first literary coffee shop in the City of Lights. Patrons include Voltaire, whose table is still there, and the young lieutenant Napoleon Bonaparte, who once left his hat behind to settle his bill. Although Napoleon's hat is long gone, Café Procope is the oldest café in Paris and still open today. It's located on the left bank at 13 rue de l'Ancienne Comédie. 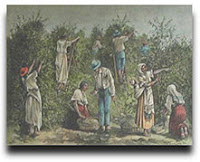 It's a big year for the clever Dutch. They finally broke the Muslims' world monopoly on coffee. Some say the Dutch stole the seedlings, while others claim they were legally exported. Adrian Van Ommen, the Dutch Governor of Malabar in India sends Arabian coffee seedlings to his friend, the Dutch Governor on the island of Batavia (now Jarkata, Indonesia).

• 1713-14
More coffee intrigue... The Dutch did an odd thing that leads to the greatest heist in history! The Mayor of Amsterdam presents a gift of a young coffee plant to King Louis XIV of France.

Café Florian opens in Venice, Italy in Piazza San Marco. It's still open to this day. When in Venice do as the Venetians do... Stop by for an espresso.

• 1757
The British East India Trading Company gives up the coffee trade to the Dutch and French who dominate.

• 1822
Just as George Stephenson was building the first steam-powered locomotive named locomotion, that would change the way we travel, kick off the industrial age and change the world forever, something even better and more important was starting to hisssssss... The world's first espresso machine steams ahead in France. Louis Bernard Rabaut is credited with developing a brewing machine that used steam to force hot water through the coffee grounds, creating the first early version of what we know as an Espresso!

Italian Luigi Bezzera patents the first commercial "espresso" machine. The Tipo Gigante, was just that, a large steam driven machine that used a water and steam combination, forced under high pressure to brew the coffee at a rapid pace. His invention became known as the "espresso" machine. Legend has it; the initial reason for Luigi creating the espresso machine was to reduce the amount of time that his employees spent on their coffee break. Quite a taskmaster! Luigi needed them to work faster. So he thought that having a much quicker coffee maker would be the key to making employees spend less time on coffee breaks and more time working.
Productivity leads to money! 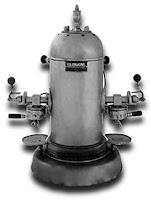 Is Desiderio Pavoni the first obsessed barista? In this fateful year, he decides he can make a better espresso than the other guy. Firstly, he sets out and buys Luigi Bezzera's patent for the espresso machine. After many long nights, Desiderio deducted that the
coffee bitterness came from the steam and the extremely high temperatures that it put on the coffee grounds. Desiderio's
solution; perfection in a cup requires one to brew the coffee at 195 degrees and 9 BAR pressure. His moment of brilliance sets the gold standard for all espresso machines to this very day. For Baristas the quest for the elusive ultimate shot continues, and with the Pavoni Espresso machine, it's within their grasp. 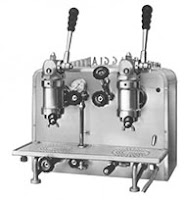 This truly is: One small step for man, one giant leap for mankind, Italian, Achille Gaggia, evolves the espresso machine using a piston to extract the brew at a higher pressure resulting in a layer of "crema" on the coffee. Crema! OMG! The ultimate Espresso! The Cappuccino is born! One of the greatest discoveries of all time! Count your blessings the next time you order a double cappuccino for its named after the color and the likeness of the robes and hood of the Capuchin order of Franciscan Monks in Italy. Thank you, Achille Gaggia for delivering us this little bit of heaven-sent "crema" in a cup!

Back to Starbucks. A major turning point is about to happen. A drip coffee maker salesman from New York spends a full year convincing Starbucks to hire him. He succeeds. Howard Schultz joins Starbucks as Director of Marketing. He sets off to Milan, Italy and sees cafés on practically every block where one can have an outstanding espresso. These cafés also serve as meeting places and are a big part of the societal fabric. There are 200,000 of them in Italy.

Italian Coffee Concepts for your EVENT 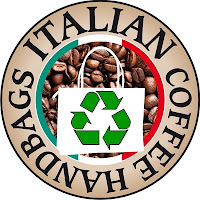